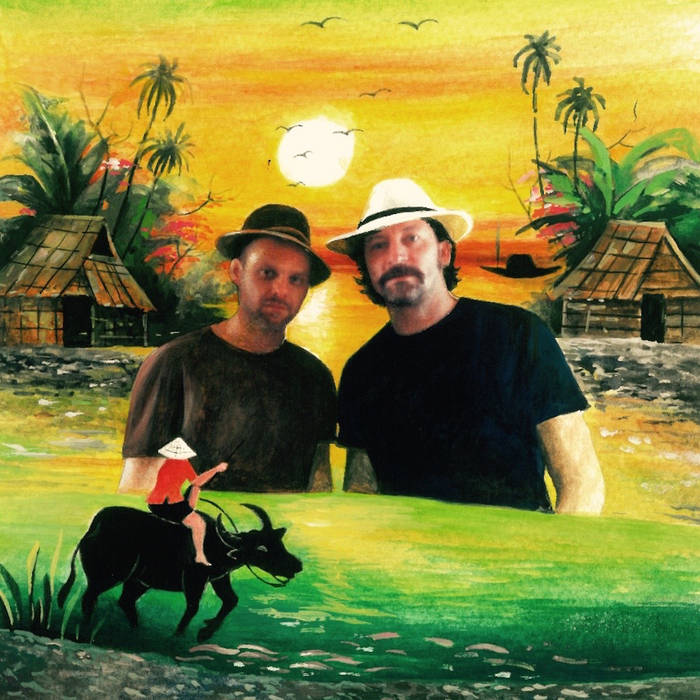 During the hiatus of their home band B4, Federsel and Freudl have come together for the third time to an improvised session. The new record follows the 2014 Peacock King album and the duo also adopted the name of their previous release, which was still signed only by their names.
Duo continues to explore their twisted psychedelic sound, composed of a stream of fragments of different styles playing over one another, from which a new age-old sound emerges once, or you get a domestic pseudo-jazz with a certain lysergic flavor, the sounds of the Tropicalia movement or bits of the Neue Deutsche Welle. The music presented here not only does not bother to pretend to follow any of the fresh trends, but with no mercy it destroys all the musical order and drives everything in the psychedelic sound mass, which occasionally breaks the hint of a stronger musical structure. The humor of this recording could not be enjoyed by everyone, but it will be a musical dessert for lovers of fallen musical genres, pure humor without a joke, or followers of straightforward, non-aggressive anarchy.
The recording is also a celebration of a friendship, the foundations of which were laid by fathers of both protagonists more than 60 years ago. One of them, Václav Freudl, now eighty-two-year-old, also provided the cover of the album.

METEORISMO is Prague based Czech-Finnish microlabel, focused on eclectic and strange music. Founded as a solution for releasing second album of Federsel & Mäkelä and since then continuing in dealing with similar style of acoustic adventures.
We like weird music and sounds, lo-fi experiments, home made avantgarde, outsider music, freak out and all kinds of music which is does not fit anywhere. ... more

Bandcamp Daily  your guide to the world of Bandcamp

New sounds from Mavi, Ivy Sole & Moderator, plus AJ, the One joins the show, for her latest release